As the 2020 season approaches, I would like to update you regarding certain weeds and diseases that have become problematic not only in turf grass, but also landscaped beds. I will also explain why in 2019 we had such a problem with crabgrass and other weeds.

To begin, the big grassy weed that we have been dealing with for quite a while is called Rough stalk Bluegrass or Poa Triviolis. This weed is, has, and will continue to be a major problem. It actually begins to germinate in the fall.  However most people don’t notice it until early spring when it becomes a patch or patches of light green quick growing grass. This weed is not to be confused with Nutsedge. It is an entirely different weed and is easily controlled.

At the present time there is no real good herbicide on the market for use in cool season turf that will control Poa Triviolis, only in warm season turf.  There are products that have shown some results but the jury is still out.  I have experimented with a few of them in my personal lawn over the last couple of years. My hope is that as we come out of winter this year, I will be able to report my findings and be able to say that we have had some success in controlling this weed…stay tuned.

The other one is called Dollarweed or Pennywort. This is a low growing, mat type weed and has been showing up more in the last 2 to 3 years. This is not a new weed, but one that has been showing up nevertheless and has been contributed to the extreme amounts of rain the last few years. There are products available to help control this weed, but does take multiple applications to control it.

Changing gears, there are two fairly common early and late spring diseases that show up.  The first one is called Red thread disease and usually appears in late March or early April. It shows up as small reddish pink patches throughout the turf when we are experiencing a lot of rain and high humidity, which is pretty common for this area at that time of the year.  Lawns that have fine fescue grass mixed in are more vulnerable to this disease than Tall Fescue lawns.

The other one is called Dollar spot disease and typically begins to show up in June in the form of small light tan patches. Fortunately, these are both cosmetic type diseases and don’t affect the overall health of the turf.  Because of the early wet weather and humidity that we have been experiencing the last few years, the nitrogen in the fertilizer that I apply in the spring has been getting depleted faster than normal and is one of the reasons it shows up. To help with this, I have been increasing the amount of slow release fertilizer in the spring so that it stays around in the soil longer and will be readily available to the plant.

Fungicide treatments are not normally needed unless the appearance of the lawn from these diseases becomes unacceptable. Should that be the case, then a fungicide program would need to be implemented. Typically it requires 3 to 4 monthly applications minimally at the start of the season and continues through July or August, depending on the weather.

In an effort to help reduce these diseases, I once again will be increasing the amount of slow release this year in the hope of solving this issue.  In addition, I have also been adding quite a bit of organic products to my fertilizer blends over the last few years which also help.

Finally, there were a few concerns regarding the amount of crabgrass and other weeds showing up last year and previous years. The reason is very simple to explain. In 2017 and 2018, our weather patterns were much more like living in Seattle or London. We had a fair amount of light rain and drizzle with the occasional thunderstorm.  We also did not experience a long period of hot and dry weather, it was pretty much consistent throughout the season.

Enter 2019 where the conditions started out roughly the same but ended up being dramatically much much worse. We were receiving heavier downpours along with a lot more thunderstorms in the early to mid spring timeframe. We then experienced a heat wave around the Fourth of July with temperatures reaching and surpassing 100° for 5 to 7 days in a row.  Then, we experienced another round of thunderstorms the following week only to be followed by another 8 to 10 days of extreme heat and dry weather at the end of July.   This combination of weather caused the depletion of the pre-emergent around the middle of the month and allowed the explosion of crabgrass and other weeds to take over.

For the pre-emergent to work effectively, it is designed to stay in the upper inch of the soil. Due to weather extremes such as mentioned above, this will cause a reduction in control.  The other factor that contributes to breakthrough of these weeds is from the grass getting cut too short or scalped. Cutting the grass at the heights that I recommend during the season will provide the best possible chance of keeping these weeds from germinating.  Cutting the grass short allows the sunlight to warm up the soil and allow the pre-emergent barrier to be reduced or completely depleted resulting in the issues mentioned above.

Last but not least, please make sure that you read and follow all of my recommendations and guidelines that I leave after each application. Doing so will give us the best chance of achieving the lawn we both want.  If you are not sure or have a question regarding the application, please let me know by calling or emailing me.

As always, should you need to make any changes to your program from last year, changed lawn mowing companies or decided to hire one, please let me know. It would be helpful to know what day that they have you scheduled to be cut. You could also give me their name and phone number if you wish.

In closing, I would like to thank you for your business in 2019 and the trust that you have in me in caring for your lawn. I am looking forward to the upcoming season as well as the challenges it may present.

Today’s service consisted of the following:

1.   A light rate of slow release nitrogen fertilizer along with organic nutrients was applied to help bring your lawn out of winter dormancy. By applying light rates of fertilizer, the lawn receives the nutrients it needs without over-stimulating top growth, which could cause the turf to become susceptible to insects and diseases.

2.  Pre-emergent crabgrass control was applied and under normal conditions, the barrier it creates will last all season. Heavy raking, digging or cutting too short needs to be avoided at all times, as doing so will break the barrier, while cutting short will allow the soil to heat up and let weed seeds germinate.

3.  A liquid broadleaf weed control was applied today on a spot spray basis only. Broadcast applications are only done if the lawn has heavy weed pressure present.  A sticking agent is added so the product adheres to the weed.  This allows the weed control to still be effective should rainfall come after the treatment has been applied.

4.  If needed, seeding and/or aeration were performed today on small areas using certified seed for sun and shade conditions. An additional charge may have been applied on larger sections if not part of your program.

5.  __ Soil sample was taken and sent out for analysis. You will receive a copy of the analysis.

To avoid possible skin or eye irritation, do not walk without shoes or allow children or pets to play on your lawn until the products just applied have been watered in.  A sign has been placed by the curb to caution people that an application has been made.  Please remove the sign after the lawn products have been watered in or after 72 hours, whichever occurs first.

As always, I appreciate your business and the opportunity to take care of your lawn.  The next application will be approximately 6-8 weeks from today and will include grub and weed controls along with another feeding of slow release fertilizer with organic nutrients.

Any questions or comments you may have are very important to me.  Should you have either, please let me know. 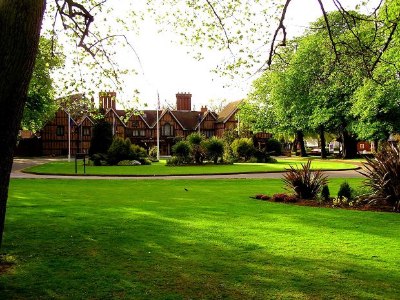